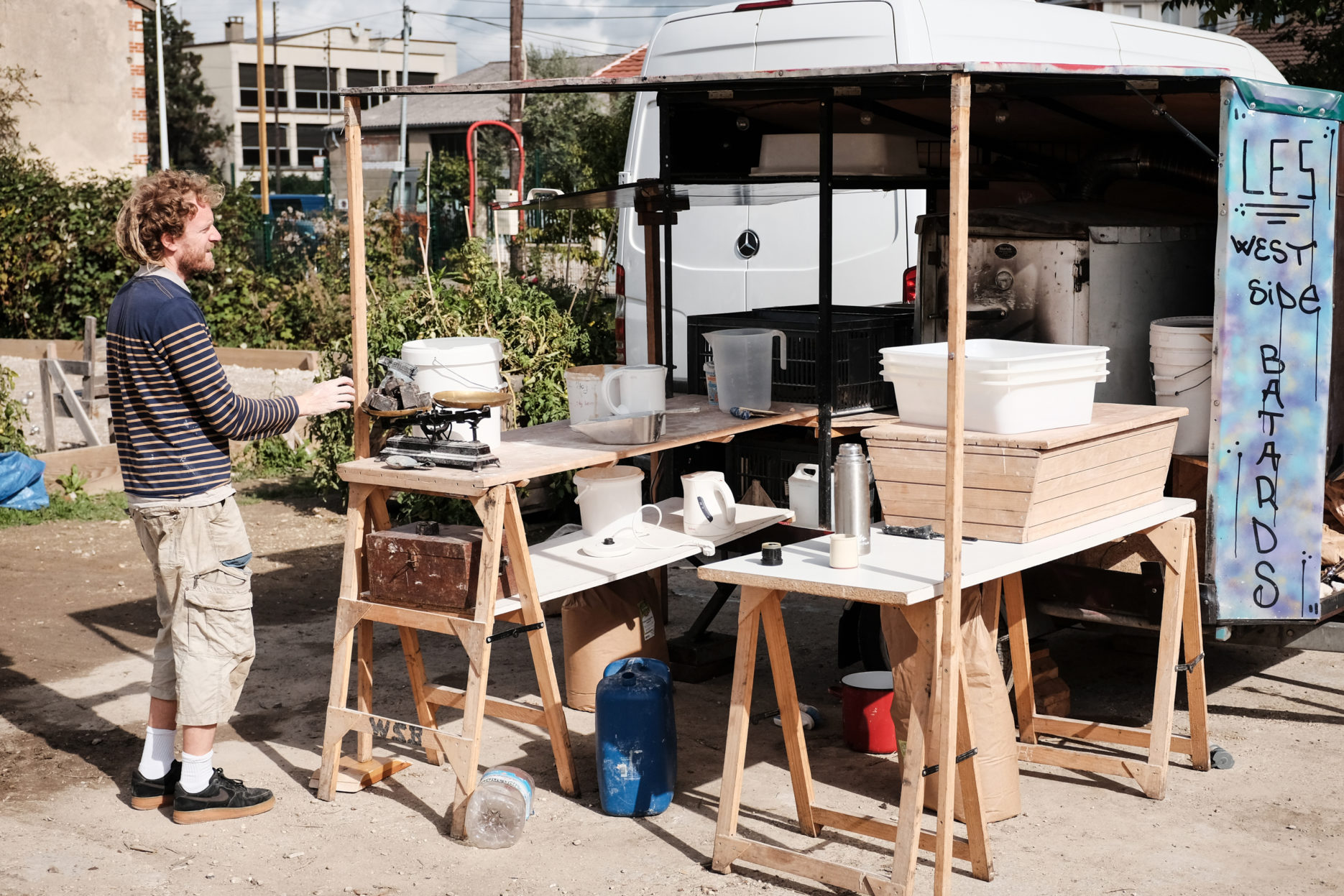 A small association which formed around a mobile oven they purchased two years ago from Belgium. They are based in Nanterre, Paris, where they bake regularly with local and organic ingredients only.

I met Linda and Alexi, who both were baking bread during the STUN camp. As they bake with a sourdough culture as rising agent (“levain”), and in order to bake several times a day, they stayed on-site to be able to even bake in the middle of the night.

The “West Side Bâtards” are usually baking their 1,5kg “Bâtard” loafs on festivals, demonstrations, and protests where they participate with their “boulangerie militante” and bake for a “prix libre”.